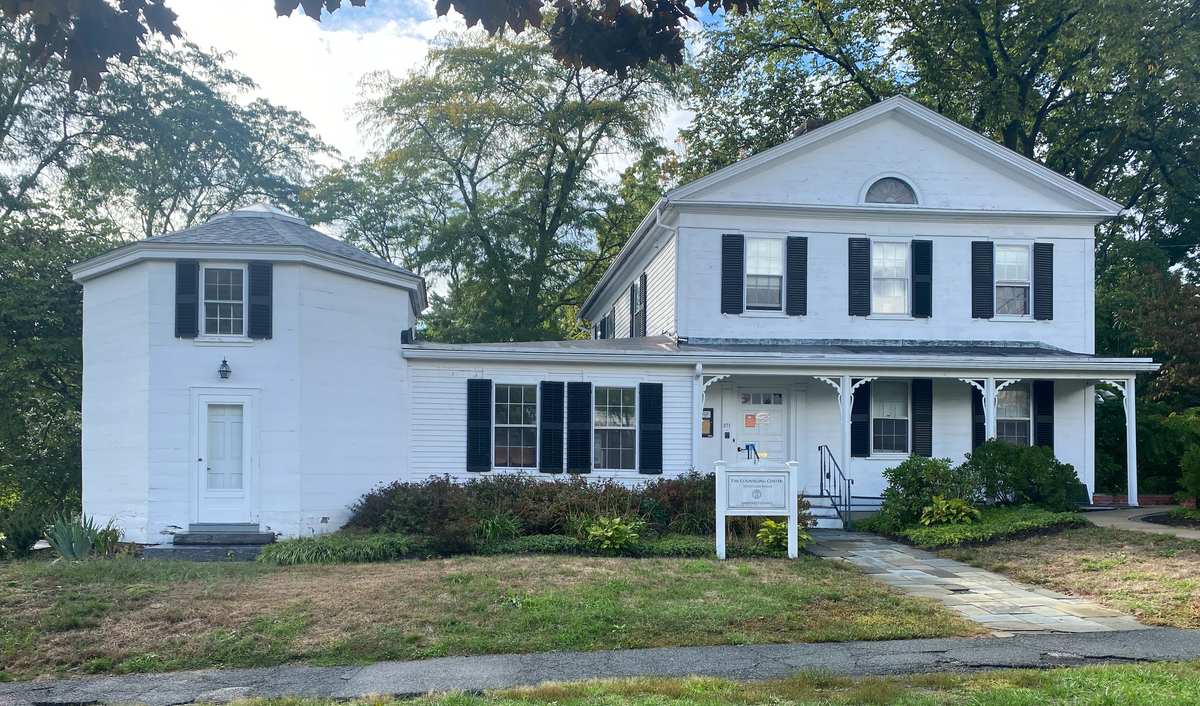 The Counseling Center — newly named the Center for Counseling and Mental Health (CCMH) — has implemented a number of changes this semester, including staffing additions, a new online scheduling tool, and new group offerings, announced Director of the CCMH Darien McFadden in an email sent to students, faculty, and staff on Sept. 14.

In his email, McFadden acknowledged the rise in mental health concerns in recent years, especially during the pandemic, noting that 43 percent of the student body sought help from the center last year. The new changes are intended to increase support for students, he wrote.

“These staff, along with our existing team, represent a huge range of professional experiences, qualifications, and identity markers, including racial, ethnic and cultural diversity; gender identity and variance; international status; and sexual orientation and religious/spiritual faith,” wrote McFadden. “They are a group of truly caring and empathetic human beings who consider what they do a calling, not simply a job.”

This increase in counselors responds to a long-standing feeling among students that the center is too understaffed to meet students’ needs. The demand for more counselors was formally expressed as part of the #BlackMindsMatter walkout led by the Black Students Union (BSU) in April 2021 after the killing of Daunte Wright by a Minnesota police officer. The demand called for double the number of counselors “by the next fiscal year,” adding that Williams College had significantly more mental health providers than Amherst did.

In an update sent to the community in October 2021 on the college’s Anti-Racism Action Plan, former President Biddy Martin wrote that, through engaging in further conversation with students, Student Affairs had identified a particular need for additional counseling staff who specialize in working with multicultural communities and meeting the specific needs of students of color.

The CCMH’s new post-graduate fellowship program particularly aims to address this gap, as the training program has a “specific multicultural focus,” McFadden wrote to The Student.

“[T]he Fellowship Training Program facilitates a unique opportunity for the Fellows to develop and further hone their multicultural clinical and consultation skills, and to contribute to campus outreach programs that support Amherst’s student diversity,” CCMH Assistant Director of Diversity Education and Training Lola Brown elaborated in an email statement to The Student.

“An essential role of the Post-Graduate Fellows is to support our diverse student communities by providing clinical, preventive, and educational services to help students address the mental health and developmental challenges they face in their personal and academic lives,” Brown added, noting that fellows also engage in weekly training seminars and clinical supervision.

Besides the increase in staff, the CCMH has also adopted a new online tool that students can use to schedule initial assessments and single-session appointments. The center has expanded its group services as well. On top of additions to its roster of clinically-based therapy groups, the center has also devoted more resources to its drop-in discussion groups for students with certain identities and experiences.

“[W]e want to broaden the opportunities for students to use our services, by shifting from solely seeking support for things that feel unhealthy to also providing opportunities to learn skills that center prevention and connection,” McFadden wrote to The Student. “That’s a major reason for our focus on our group programs.”

“Centering the needs of our richly diverse student body has led to the intentional creation of a welcoming, supportive, and inclusive space where all students can feel safe to express themselves in honest and authentic ways,” Brown added.

Students viewed the new changes positively, but noted that they have come only after many students have already had negative experiences seeking support at the center.

“I really appreciate their efforts, especially in tailoring it to communities of color, because that’s where the cultural stigma is,” said Kamil Mouehla ’26. “But I just feel like it’s a long overdue effort. It should have happened way earlier.”

Mouehla decided to take a medical leave last year due to struggles with mental health, and attributes much of this decision to the lack of resources at Amherst.

“I scheduled a counseling appointment but wasn’t able to get somebody to talk to when I was struggling the most,” he said. “It really sucked, because while [getting an appointment] was taking so long, everything was spiraling.”

He also noted that, despite the recent changes, the center is still not able to accommodate all the students who come to them. Now back on campus, Mouehla has been directed by the CCMH to find off-campus care, like many the center deems they are unable to provide services for. Securing off-campus care can be challenging for low-income students like himself, however, who may not have the financial means to afford it.

Mouehla hopes that the college will allot more funding and resources toward mental health services, so the CCMH can continue to expand its services and serve the needs of all Amherst students.

Lianbi Ji is an English and mathematics double major who wrote theses in both subjects. Her English thesis focused on the writings of the Chinese writer Lu Xun, and her math thesis studied elliptic curves. She also has a passion for education — having volunteered to teach in China, India and
The college hosted President of Moderna Stephen Hoge ’98 on Friday, April 23 as a part of the virtual Stories in STEM event series. The Cambridge-based biotechnology company has experienced tremendous growth since the pandemic began, as it has developed one of the world’s most effective vaccines against Covid-19.
The college will require all students to be fully vaccinated against Covid-19 before returning to campus for the Fall 2021 semester, the President’s Office announced on Friday, April 23. In the letter addressed to students, faculty and staff, President Biddy Martin relayed that more information will follow concerning how