The way Shikha Jha ’22 dances is reflective of how she approaches every aspect of her life — every move is intentional.

I’ve never known Jha to be unsure of herself, and I have to admit, when I joined Dance and Step at Amherst College (DASAC) this past fall, I was a little intimidated by her. I admired her ability to command the room and speak without second-guessing herself.

As I sat across from her for our interview at Webster Circle, Jha radiated the same contagious confidence and calm composure that she holds in all of her interactions. I consider myself lucky to have had the opportunity to spend time with Jha in DASAC, watching her lead the group as its artistic director with a sense of passion and purpose. In Jha, I see a strong leader who is dedicated to putting her 110 percent into every project — even when it means balancing a full plate.

Jha’s commitment to her interests has been a constant in her life since her early youth. At the age of six, Jha began playing golf with her father — an activity that instilled in her a strong will to overcome obstacles.

“I remember my dad would take me to the middle school right by my house and we’d play in the baseball field,” she recounted. “It got to the point where they put a sign that said ‘No golfing’ because it was messing up the lawn mower to have golf balls everywhere.”

From there, Jha went on to continue playing golf throughout middle school, eventually becoming the captain of her golf team in high school. Although she chose not to pursue golf in her college career, Jha spoke fondly of the skills she learned in golf, including the ability to manage her time well.

In addition to playing golf, Jha’s love of dance was sparked around the age of 14. Jha began teaching herself how to dance at home — she recalls watching dances on YouTube, practicing them in her basement, and recording herself doing the dances to post on her Instagram account.

“I would record myself a ridiculous amount of times,” she said. “I have so many videos where I would look back and say, ‘Hey, I did that move wrong. Let me record it the next day and watch it frame by frame to see if I did better.’”

In some ways, the 14-year-old girl who used to critique her own dance moves is still alive in Jha’s current methods of teaching and learning dance. As the artistic director of DASAC, Jha provides constructive criticism to help her dancers grow and reach their fullest potential. Jha is also a devoted student of dance and being able to dance with her illuminated her diligent learning style. Unafraid to ask questions and practice the same routine over and over, in every rehearsal Jha proved her commitment to improving her technique and pushing herself out of comfort zone.

The Search for Independence

Jha’s propensity to push herself out of her comfort zone also applied to her decision to attend Amherst.

As part of the QuestBridge program, Jha explained that she initially applied to Amherst mostly because it was the first one on the list alphabetically and applying was free. While this might seem careless to some, Jha explained that as a first-generation and low-income student, her exposure to higher education was limited to her immediate surroundings. At the time, Jha was debating going to college in Michigan, where she would be closer to home; however, her visit to Amherst immediately cleared her mind and solidified her decision.

In addition to the campus, Jha credits her desire for independence as another factor influencing her choice to attend Amherst. Despite the challenge of not knowing any of her peers beforehand and not having any family in the area, Jha was drawn to the “forced independence” that living away from home would give her.

During her time at Amherst, Jha has found the independence she was searching for in her various leadership positions across campus.

For one, Jha served as the anti-racism student leader on behalf of the Asian Students Association (ASA). In this role, she met regularly with the anti-racism committee and President Biddy Martin to discuss various issues on ASA’s agenda. Jha acknowledged that making institutional change is a long process, but she’s proud of the work she put toward making a step in the right direction.

“It’s been a fantastic experience to have the privilege of being able to meet with people that are high up and have our voices heard, and also to be able to represent different groups,” she said.

Her devotion to improving her community is evident in her other time commitments at Amherst as well. During her junior and senior year, Jha worked as a Peer Career Advisor (PCA) at the Loeb Center, helping students work on their resumes and explore their passions and goals towards their career plans. Reflecting on this leadership position, Jha expressed feeling fulfilled by the opportunity to serve as a reliable resource and guiding hand for her fellow peers navigating higher education.

Jha also reflected on the meaningful personal relationships she developed as a PCA, especially with her boss, Assistant Director for Internship Programs Emily Tareila. Speaking very fondly of Tareila, Jha said, “I haven’t really met a lot of people like her, who are so unfiltered in showing how much they care about other people.”

Tareila shared similar sentiments towards Jha: “I personally value Shikha greatly, not only for her excellent work ethic and intellect, but more importantly for her heart, commitment to, and actions toward equity, creativity, strategic problem solving, and the ways in which she brings these attributes to anything she does from DASAC to the PCAs to being a great human on campus and in the world. I feel lucky to be included in Shikha’s journey, and I’m so excited for her next steps.”

In her sophomore year at Amherst, Jha became the artistic director of DASAC, humbly saying: “Frankly, I don’t even know why they voted for me.” She recalled struggling with asserting herself as a leader at the beginning, especially because she was younger than some of the dancers and choreographers that she was in charge of directing, and because she was a self-taught dancer who wasn’t familiar with technique and terminology yet.

However, Jha credits her role in DASAC with being the cause of a significant amount of growth in her personal and professional life. “I had to manage so much and be so involved in everything that I know I’m going to be able to handle adulting,” she said. “That was by far the best real-world preparation.”

Jha’s Amherst experience was marked by the time she dedicated to each of these groups and her respective position in them. She valued having the chance to make a positive impact on the community, as well as forming meaningful connections with those around her.

“It’s been nice to join these groups and really feel like I’m contributing to something that will be making a better space for people afterwards, and I don’t know if I did that, but I enjoyed my time just getting closer to other people who have similar passions,” she said.

Jha is graduating from Amherst as a psychology major. She originally came into the college with the thought of pursuing the pre-med track, but later realized she was more interested in the holistic approach to medicine and felt that psychology was right for her.

In the fall of her junior year, Jha began working as a research assistant in Associate Professor of Psychology Carrie Palmquist’s developmental psychology lab. She expressed appreciation that she was able to apply her major in a more practical and hands-on way. Palmquist shared, “It has been a real joy to get to know Shikha and work with her in a research setting. She is a deep critical thinker and a thoughtful collaborator. I know we will miss her after graduation, but I’m very excited to see where the world takes her next!”

When I asked Jha where the world is taking her next, she could hardly contain her excitement to tell me that she’s headed to Los Angeles to work at Accenture, a business management consulting firm. Shocked she wasn’t pursuing a career in psychology, I asked her about the motivation behind the switch in career path. “I came into Amherst with a four-year plan, but then I realized that’s not the right way for me to approach my life. It’s difficult for me not to plan everything out, but I think that’s what I need right now. I want to be open to everything and use this time consulting to figure out what feels right for me,” she responded.

She hopes to continue to explore her creative capacity and would love to be in a position where she can flex her creative brain muscles and lead a project that sparks her interests. After getting to know Jha, I’m confident that she’ll make her goals come true.

Although Jha is thrilled to be in Los Angeles and to live the life she’s “customized for [herself],” she also has bittersweet feelings about leaving Amherst. When I asked her to reflect on her feelings about graduating, she said, “Oh no, I’m going to start crying.” It’s clear that her time at Amherst holds a special place in her heart, especially the people that she’s met throughout her journey.

“I’m sad to leave professors and friends, but I think that the impact that they’ve had on my life has been so valuable that I know that in a way, I’ll still carry their presence with me,” she said.

Ultimately, Jha is grateful to Amherst for providing her a space to explore her interests and develop as an individual.

“Once I knew where I wanted to grow, I was able to access that and accomplish it, and I’m really glad I was able to do that here.”

While Ryan Yu has made a lasting impact on The Student, what’s most notable about him is his unwavering commitment to finding his own path.

Despite a humble, understated presence, Troy Colleran has made an enormous impact in his two key areas: on the track and field team and in the chemistry lab. 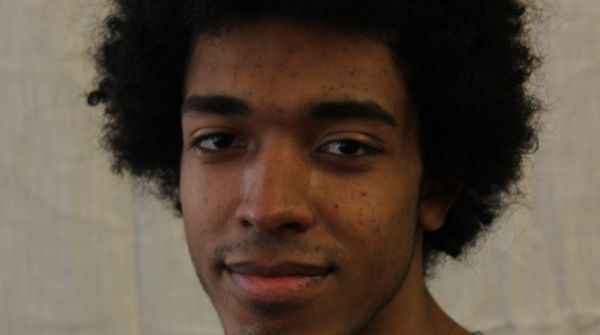 Despite his understated presentation, those who know Kalidas Shanti know him to be a deep thinker and compassionate friend who has spent his time at Amherst exploring a wide range of interests.